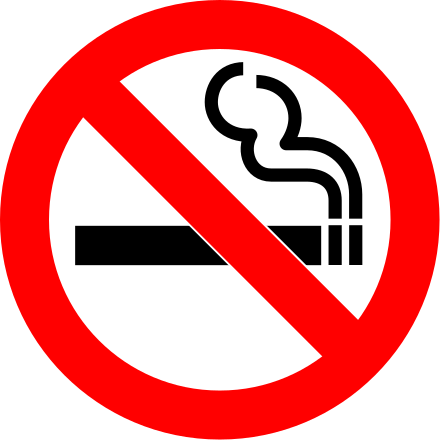 Sometimes I come across anti-smoking campaigns yet again, with all the heartbreaking facts and gruesome imagery associated with the deadly habit, and I ask myself yet again:

Why isn’t smoking banned once and for all?

Yet smoking is still allowed. Health Ministries of many countries around the world may make it difficult to smoke in more and more public spaces, increase the taxes and therefore the prices of cigarettes, and generally frown upon the habit. But essentially it is still allowed.

We think we know why. Because it’s a drug to which millions of people, young and old, are addicted to, and it would be cruel and unrealistic to suddenly ban it outright.

Well, excuse me for being cynical, but I think the main reason is because governments find tobacco taxes too lucrative to give up.

Let’s pretend we live in an ideal world (a parallel universe, perhaps) where governments are willing to give up the massive amounts of money they get from tobacco taxes, money that basically comes from allowing millions of their citizens to continue harming themselves and their loved ones around them.

The simple idea is just to make the ban gradual. Whatever the legal age for smoking is in your country, raise the age by one year, every year. And just keep going until it’s finally eradicated.

This way, the current addicts who are above the legal age do not suffer from having their nicotine drug taken away from them. As the people who are below the legal age grow older and increase in population, the nation becomes steadily more and more smoker-free.

I believe smokers themselves will support this method if implemented. I truly believe in my heart that even the most hardcore nicotine addicts who laugh and shrug off the health risks, privately wish they had never started the habit, and would love for their children and grandchildren to be properly protected from ever becoming slaves to the drug as well.

My idea is to just keep raising the legal age by one year, every year. Don’t stop at 21. Just keep on going until it’s eradicated.

Just imagine: with the way time flies, in only 10 short years, it would only be 30-year-olds and older who can smoke. The thought of that is just, wow, surreal.

And, yes, it would only be in 2080 that only 80-year-olds and older can sneak in a puff like naughty teenagers, feigning a guilty expression when caught. And if there are still  centenarians like there are surprisingly hundreds of thousands around today, well, the youths and children of today might have to look beyond 2100 to witness a truly tobacco smoke-free world.

But time is going to pass, anyway, and like I said, time flies. So, implement the idea and keep at it. Whatever the legal age for smokers in your country, raise it by one year every year, and just keep at it. Don’t stop.

Please help to share and spread this post if you like the idea. Who knows, some activist or government official or some other concerned regular person might end up reading it, and triggers it being proposed in parliament somewhere. I know I said ‘ideal world in a parallel universe‘, but sometimes parallel universes collide! 🙂